The president who emerged from last year’s impeachment trial feeling emboldened emerges from this one secluded behind closed doors in Florida and facing an uncertain political and legal future.

Once again, former President Donald J. Trump beat the rap and once again he wasted no time claiming victory. He released a statement one minute before the presiding officer in the Senate even officially declared that he had been acquitted on Saturday, denouncing his impeachment as “yet another phase of the greatest witch hunt in the history of our country.”

But this one was still different. This one will come with an asterisk in the history books if not a dark stain. This time Mr. Trump did not have the East Room of the White House to summon allies for a celebration to crow about eluding conviction. This was the most bipartisan impeachment in history and even the Republican leader castigated him. This was an escape, not an exoneration.

The president who emerged from last year’s impeachment trial feeling emboldened and used his office to take revenge against those he blamed for the charges against him emerges from this one defeated after one term and secluded behind closed doors in Florida with no government power and an uncertain political and legal future. He forced most Republican senators to stick with him in the trial, but few of them defended his actions, citing constitutional reasons for their votes.

No one condemned him in more forceful terms on Saturday than one of those who voted to acquit him, Senator Mitch McConnell of Kentucky, the Republican leader who for four years held his tongue and worked in tandem with Mr. Trump but has since washed his hands of him. Mr. McConnell accused Mr. Trump of a “disgraceful, disgraceful dereliction of duty” in trying to overturn an election and setting a mob loose on Congress to block the formalization of his defeat and he methodically demolished the former president’s defense point by point.

“There’s no question, none, that President Trump is practically and morally responsible for provoking the events of the day,” Mr. McConnell said. “No question about it. The people who stormed this building believed they were acting on the wishes and instructions of their president. And having that belief was a foreseeable consequence of the growing crescendo of false statements, conspiracy theories and reckless hyperbole which the defeated president kept shouting into the largest megaphone on planet Earth.”

But the sting of his rebuke was tempered by his vote, which Mr. McConnell explained as an unavoidable consequence of his belief that a Senate cannot put a president on trial after he leaves office. Democrats excoriated him for trying to have it both ways, stiff-arming a toxic leader of his own party only when he was out of office without actually holding him accountable. But he also validated the Democrats’ case against Mr. Trump.

Nor was he the only Republican to do so. Seven Senate Republicans voted to convict Mr. Trump, the most senators of a president’s own party to turn against him in an impeachment trial in American history, following the 10 House Republicans who did so in the original vote a month ago.

And some of the other Republicans who voted for acquittal on Saturday echoed Mr. McConnell’s reproval. “The actions and reactions of President Trump were disgraceful, and history will judge him harshly,” said Senator Shelley Moore Capito of West Virginia. Senator Rob Portman of Ohio added, “President Trump said and did things that were reckless and encouraged the mob.”

Representative Jamie Raskin, Democrat of Maryland and the lead House impeachment manager, pointed out that the 57 to 43 vote was the highest total for conviction of a president since Andrew Johnson was acquitted by a single vote in 1868 even if it did not reach the two-thirds required for conviction.

And Mr. Raskin argued that if only 10 of the Republican senators who voted for acquittal justified their decisions strictly on the same constitutional grounds that Mr. McConnell did, that would mean functionally two-thirds of the Senate concluded that Mr. Trump was guilty on the facts.

“The defendant, Donald John Trump, was let off on a technicality,” declared Representative Joaquin Castro, Democrat of Texas and another manager.

But Democrats were not entirely sure whether to emphasize the result as a moral victory or condemn it as a shameful betrayal by Republicans.

Even as Mr. Raskin was citing Mr. McConnell’s comments as vindication of the managers’ case, Speaker Nancy Pelosi unexpectedly showed up at the managers’ post-trial news conference to upbraid Mr. McConnell for “a very disingenuous speech” in which he tried “to have it every which way,” presumably to assuage Republican donors.

Wary of losing Mr. McConnell, who almost certainly could have brought several votes with him and perhaps even enough to secure conviction, Mr. Trump uncharacteristically avoided antagonizing Republican senators during the trial. While he was forced to scramble to find lawyers willing to defend him and ended up putting his case in the hands of a personal injury lawyer from Philadelphia, Mr. Trump knew going in that he most likely had the votes for acquittal as long as he kept quiet.

His lawyers misstated facts and at times aggravated Republicans and Mr. Trump himself with their presentations, but they focused on rallying the party’s senators to stick with him by characterizing the trial as a hypocritical scam by Democrats out to get a political opponent — an argument that some Republicans were willing to embrace even if they did not want to defend Mr. Trump’s specific actions.

“The Democrats’ vindictive and divisive political impeachment is over,” Senator Ron Johnson, Republican of Wisconsin, wrote on Twitter afterward. “While there are still many questions that remain unanswered, I do know neither the Capitol breach nor this trial should have ever occurred. Hopefully, true healing can now begin.”

Mr. Trump, of course, has rarely if ever been in the healing business. Now that he is off the hook in the Senate, he presumably will shed his reticence to speak out. His statement on Saturday was another hint about a return to public life. “We have so much work ahead of us, and soon we will emerge with a vision for a bright, radiant and limitless American future,” he wrote.

Having failed to convict, Democrats hope that the trial nonetheless made it implausible if not impossible for Mr. Trump to ever run for president again, as he has hinted he might do, and that the images of the riot he encouraged will be seared into the pages of posterity. “He deserves to be permanently discredited — and I believe he has been discredited — in the eyes of the American people and in the judgment of history,” said Senator Chuck Schumer of New York, the Democratic majority leader.

But the final judgments on the events of Jan. 6 and his presidency have yet to be issued. Mr. Trump retains powerful support among the Republican base, as demonstrated when state party organs condemned and even censured their own representatives and senators who have broken with him in recent weeks. For many in the core Republican constituency, personal loyalty to Mr. Trump clearly matters more than party loyalty.

On the other hand, while he is free of the impeachment threat, Mr. Trump still faces possible legal jeopardy stemming from his efforts to subvert the election through false claims of fraud. Among other things, there are criminal investigations in Washington about the riot and in Georgia about Mr. Trump’s efforts to pressure state election officials to overturn the results of the state’s vote. Legal experts said the former president could likewise be exposed to civil litigation from victims of the Capitol rampage. And there are continuing investigations of his finances in New York.

Mr. McConnell seemed to encourage the authorities to pursue Mr. Trump with criminal prosecution, which he said was the constitutionally appropriate means for holding a former president responsible for his actions. Accountability, he said, was still possible. 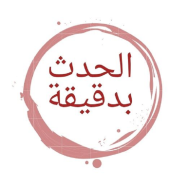